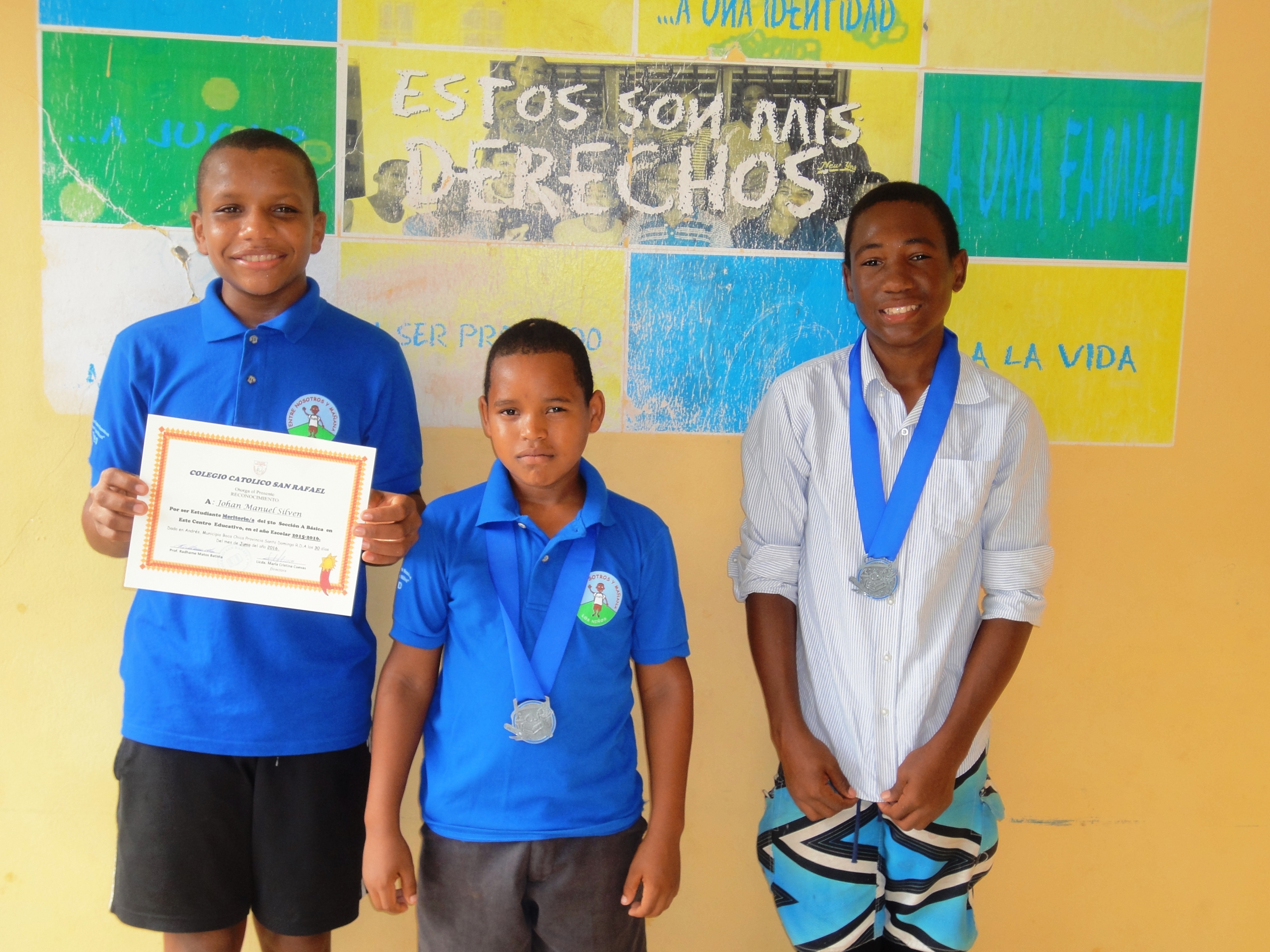 Dropping out of school, living on the streets, then welcomed by the ENED foundation. Johan, William, Gary Junior got a diploma of honor! 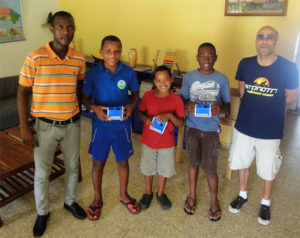 The 2015-2016 school year ended with a nice surprise! Johan, William and Gary Junior were awarded a prize by their teachers recognizing their hard work and good results.

Johan says that he felt very proud and surprised as he did not expect it.

Their success was celebrated at the ENED home. Their path while living at ENED wasn’t always easy. When the three young boys arrived at ENED, they could neither read nor write.

Gary Junior says: « I thought something like that would never be possible.  » 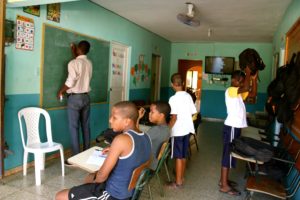 Each boy received a sports watch as a reward for his efforts. This success is a result of work beyond regular studying and homework. On top of attending school and the regular homework, the boys study two hours and a half with a teacher every afternoon, five times a week and sometimes even on weekends. Often the hardest part is to teach the boys different behavior from what they learn while living on the streets. These three are on the right track.

Within their peer group, our three boys are now part of an academically advanced group, and William is one of the model students!

We are very proud of their achievements and will continue to help them to keep up their good work!