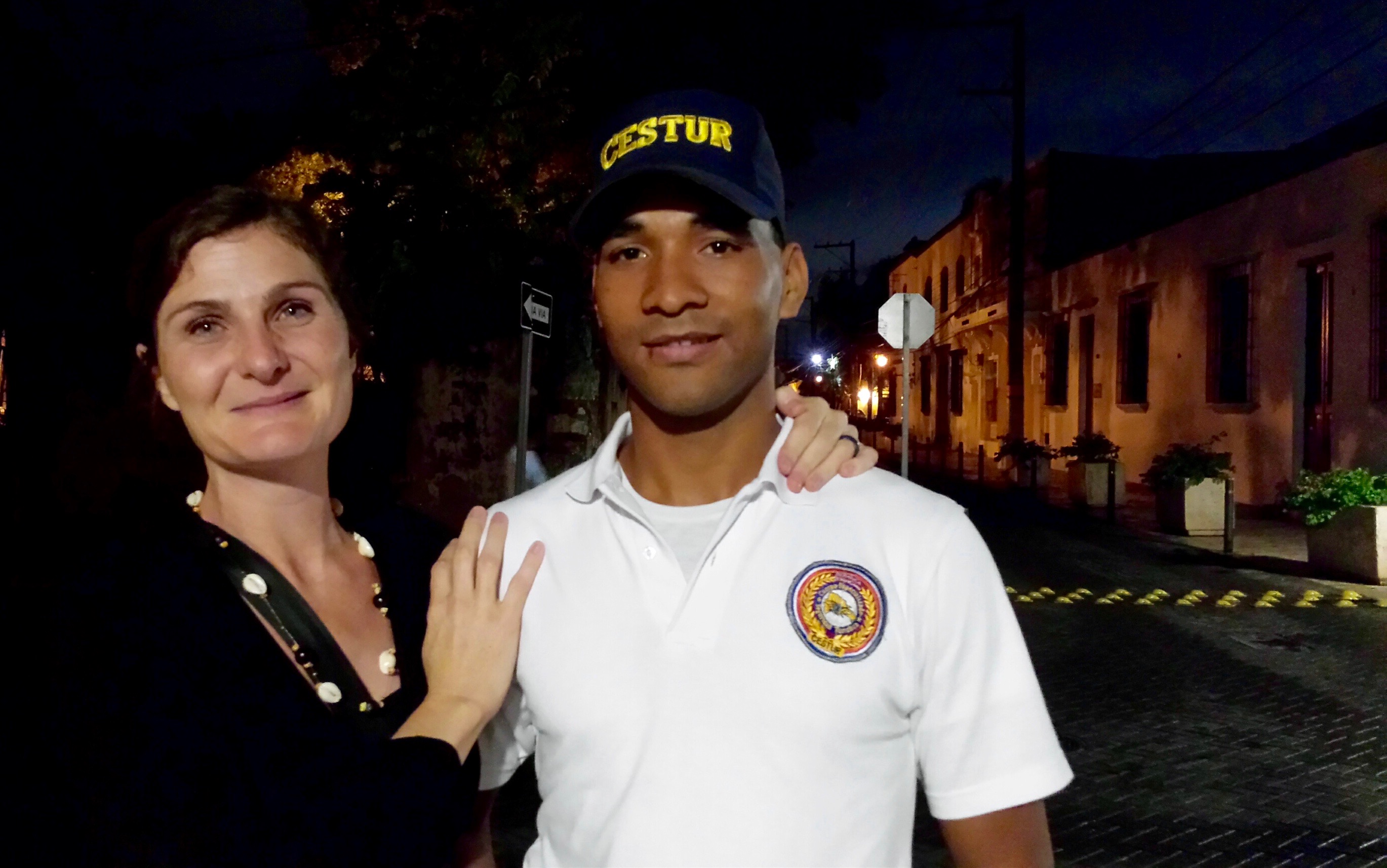 Before arriving at the Casa ENED, Danelson spent three years on the street in Boca Chica, living through begging and/or polishing shoes. One night, he was assaulted by a group of older boys who wanted to steal the earnings of his day. Fortunately, a man owning a bakery in the village and a beach bar, Freddy, intervened to prevent the crime. Then, he took him home for the night.

The next day, as he could not keep Danelson with him but didn’t have the heart to let him go back to street, Freddy spoke to people around him to see if there was a solution. Someone told him about Jaclyn. At the time, Jaclyn had been in the Dominican Republic for only two or three years and wasn’t yet very well known. But the person explained to Freddy how she was taking children off the street, and he added that she was – what a coincidence! – from Switzerland, just like him.

Reassured, Freddy contacted Jaclyn. She came one Sunday afternoon at to his beach bar to meet Danelson. She still remembers that cute little boy who looked at her with big eyes and was probably no more than 10 years old. Today, Danelson is a handsome young man of 22 who is taller than Freddy (he went back to see him recently).

Danelson was a turbulent boy, because of the harshness of street life. At the age of five or six years, he had seen his father being killed by a dozen stab wounds in front of his eyes. As for his mother, she was obviously suffering from intellectual disabilities. Something serious must have happened to her, because she had a big scar on the head, and her skull was deformed.

At school, Danelson was performing well but did not wish to continue his education: at the age of 16, he expressed the desire to leave the Casa. He was first employed by a friend of the Casa ENED to do some woodworking, and he distinguished himself by doing good work. Then an opportunity arose to be a Politour (tourist police officer). He applied and was hired. And guess what? Today, he is patrolling in just the streets where he was hanging around as a child!

From time to time, Danelson stops by the Casa ENED. He is an example for the young boys because he is a good and hardworking man.